Complete meal in a bowl 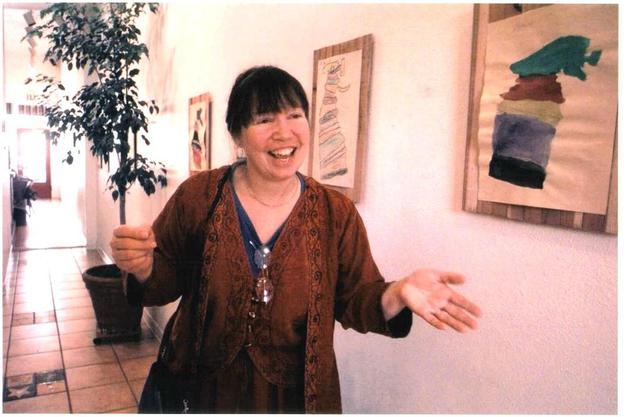 Read the whole recipe first to see the method, which is important for the outcome. Ingredients are underlined.

2 t. sea salt or more, depending on if you used low sodium broth or not.

2 T Italian seasoning or use oregano, thyme, sage, rosemary, basil, and marjoram the more that you use the better the soup tastes.

3 cloves diced garlic (have a fresh bunch on hand to also garnish with .)

squeeze of lemon or lime.

It’s probably best to cut up all of the vegetables first, as if you try to do it while the chicken is cooking the timing won’t be right. The cut up chicken cooks so quickly that you won’t have time to cut the vegetables.

Prepare 1 lb. angel hair pasta in advance and set aside - use large stock pot for pasta to cook well. Be sure to salt the water with 2 T. of salt. Stir continually at rapid boil to keep it from sticking together, and remove from fire immediately after it’s boiled for about 3 minutes (taste test to be sure, “al dente” (firm) is the best way to cook it) pour into colander and run cold water on it to stop the cooking-- lift with a fork to separate.

(Some people have told me that they can't cook pasta and have it turn out. That's why it's best to use angel hair or capellini, as it cooks quickly, it's best to stir it and do not walk away from the stove, as it's easy to forget and let it over cook, even by one minute, then it's mush.)

Also, separately boil 3 ears corn on the cob, cut into thirds for about 5 minutes as it won't cook just sitting in hot water as the other vegetables.

Cover a cut up fryer with chicken and vegetable broth in a big pot. I use one carton chicken and one vegetable to start with, but after removing the chicken I add the other carton of chicken, as now there's space enough in the pot.

Add and simmer together approximately:

2 t. sea salt or more, depending on if you used low sodium broth or not.

2 T Italian seasoning or use oregano, thyme, sage, rosemary, basil, and marjoram the more that you use the better the soup tastes.

Bring to a boil, then reduce heat, cover and simmer for about 15 minutes or until the chicken is cooked. Use a thermometer to check the chicken , as if you overcook it the meat will be dry and the soup ruined. When chicken is finished cooking remove to a large platter to de-bone. This takes time so we usually just put a piece of chicken each on a bread plate for the meal, then de-bone after wards before putting everything away.

TURN OFF FIRE and add cut up vegetables, use any combination of:

These will all cook sufficiently just sitting for 7 minutes in the hot broth, lid on, fire off.

As this soup has been cooling off for 7 minutes, and now, that you’re ready to eat, take only enough of it from the pot, for the meal you want immediately, and put it in a smaller pot and return to a boil. Let the rest, in big pot, continue cooling for refrigeration. (After the meal and the dishes are washed I set the pot in the sink filled with cold water to speed up the cooling.)

While you’re waiting for the soup to heat up, set the table, make some sour dough toast, (optional), place a handful of pasta in each bowl and about 1 t. of toasted sesame oil, a big pinch of diced cilantro leaf, and a clove of minced raw garlic, if you love garlic. and a squeeze of lemon or lime. Better, you can prepare the garlic and cilantro ahead of time to garnish on top of the soup.

When the soup reaches a boil, ladle it over the bowls with the pasta and enjoy.

Add a few drops of hot sauce or I specially like Thai or Patak’s Hot Indian Curry Paste found in the international food section of the market. If you use this product, only put an amount the size of a big red ant in the bowl and stir it up good and taste; if you want more, add in the same increments, as it is very hot.